A 22-year-old woman, Tia Freeman reportedly used YouTube videos to deliver her baby all by herself in a hotel room after going into the labor. Tia told the whole story in a series of tweets saying that at first she was unaware of the labor and took it for just food poisoning as she was on the trip to Germany. She later realized that she was pregnant, however, she denied it at first and decided not to tell anybody.

Tia told Newsbeat a local media outlet in the USA, “I found out mid-January.” She added, “I gained just under 20lbs (5kg) the entire pregnancy, so weight gain was a little indication.” Also, she thought that the weight was normal “seeing as though I hadn’t been to the gym in a while.” But ultimately, “it started to round out in the typical pregnancy fashion” and she decided to take the pregnancy test.
After the positive result, Tia went “in denial” and with the spirit of “all good in the hood” she went on to the trip. Things started getting rough when she started feeling cramps during the 14-hour flight. She was in fact in labor when she landed in Turkey, her layover destination. When she arrived at her hotel she had “no clue what to do.”

She tweeted that she was in a foreign country where no one around her spoke English and she didn’t even know the emergency number. So, “In true millennial form, I decided to YouTube it.” Tia says she grabbed some towels, filled up the tub with the warm water, discovered some comfortable birthing positions from the internet and felt like, “okay BOOM let’s birthed this baby.”

So anyway. I strip down and climb in the tub. The internet said there were a couple positions that people find the most comfortable. I picked the one that worked for me and I was like okay BOOM let’s birthed this baby. pic.twitter.com/I6BabFMcCD

And so, she started making effort. She mentioned that despite such tough situation, she “wasn’t scared” and even used the shoelaces in the process of delivering.

Almost immediately as I sit down it plops out. The hotel had these sanitation baggies in the bathroom so I just picked it up by the cord and dropped it in the bag. Now it’s still attached to him so now I’ve got to google how to cut an umbilical cord. pic.twitter.com/urJHrIu9mN

Tia says in a tweet, “[I] never felt any pain like this in my life.”  and after all the lone hustle, her baby ‘Xavier’ came finally out in a good shape. She also said the birth of her son “happened pretty quickly”.

The mother says, “I think my adrenaline and instincts carried me through it. It was all kind of a blur. I was in autopilot.”

Next day, when she returned to the airport with her “fresh” baby, the airport workers started “freaking out”. She said, “They thought I was a human trafficker trying to smuggle out a baby.” However, after she persuaded the staff that the baby was her own and told them what she did, Turkish Airlines paid for a two-week stay at a hotel in Istanbul and made her examined by a medical team.

“The staff there were absolutely amazing. They helped me with my bags, and would deliver food to my room if he started crying while I was in the dining area eating.”

Xavier is now a month old and thankfully, both Tia and Xavier are doing well now. 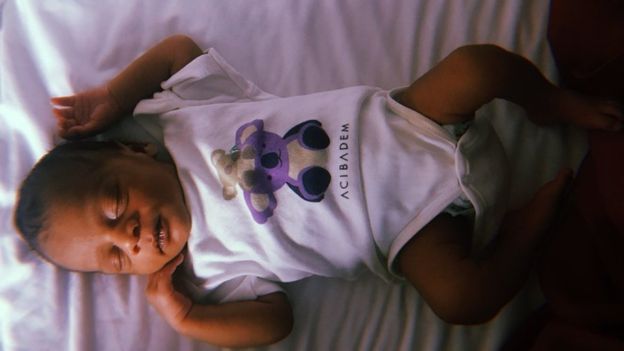 Share your thoughts on this story down in the comments. For more news concerning social media, keep following TechJuice.

Soorma producer Chitrangda Singh: We have many reasons to be proud...

Twinkle Khanna posts ‘No Filter’ selfie with Dimple Kapadia on her...