Taking to his Instagram, the ‘Raees’ star posted a throwback picture on his Insta stories from a commercial of an aerated drink in which both of them had starred together.

In the picture, he can be seen sporting a wig matching the former Indian skipper’s hairstyle, merged with their recent selfie from the star-studded Ambani’s bash, which Tendulkar had shared on Monday. 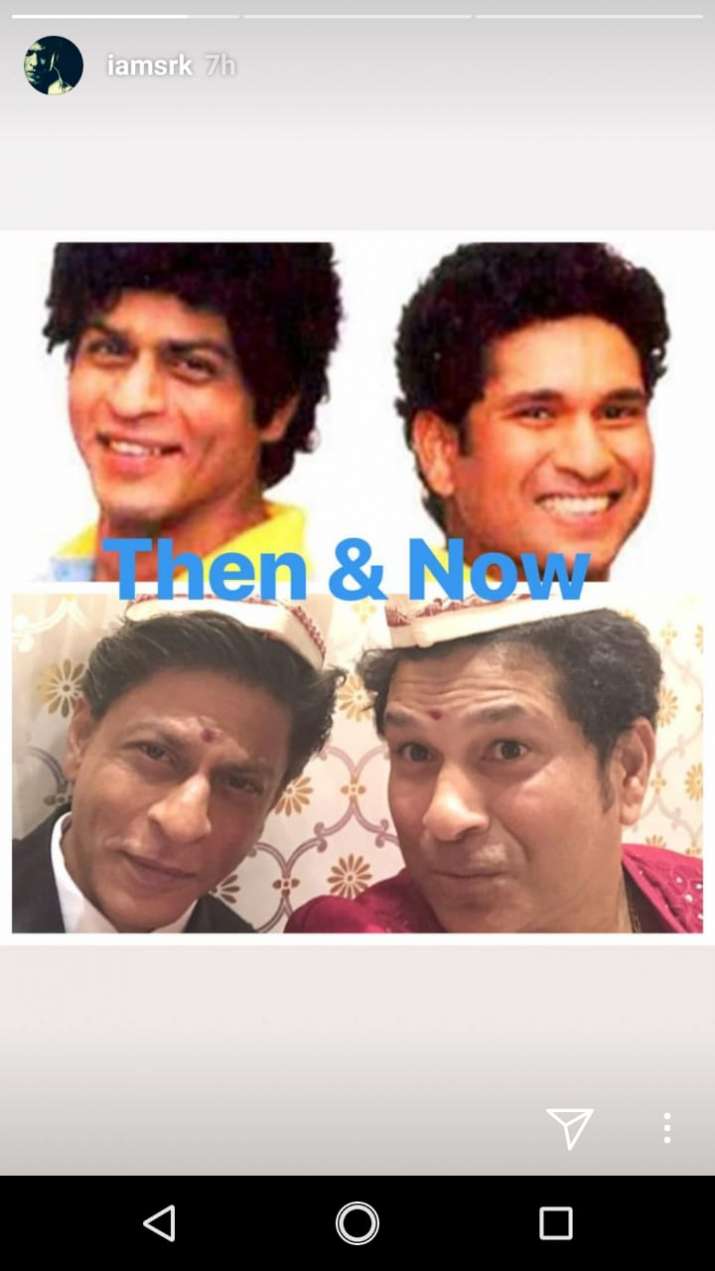 The ‘Baadshah’ also tweeted, “We don’t keep photo albums anymore. but I will make an album just to keep this pic with the great man forever.”

We don’t keep photo albums anymore… but I will make an album just to keep this pic with the great man forever. https://t.co/gYN24yMNyk

Pictures and videos are going viral on the internet about how Shah Rukh Khan lit up Akash Ambani and Shloka Mehta’s wedding with his irresistible charm and witty sense of humour. He even led all the Bollywood stars and the friends and family present at the bash to a flash mob performance at the party. All of them danced together to the beats of Gal Mithi Mithi Bol and all thanks to Shah Rukh Khan.

On the work front, the superstar recently wrapped up shooting for his upcoming thriller ‘Zero’. The romantic-drama is slated to hit the screens on December 21 and also stars Katrina Kaif and Anushka Sharma. The teaser and posters of the flick have already stirred much curiosity among the audience about the mysterious role of Shah Rukh Khan. If case you are living under a rock and haven’t seen the teaser yet, here it is.

Did Facebook block users from posting about the massive hack?

A secret Bitcoin key is soon to be revealed