In the entrepreneurial lingo, a company is called a unicorn if it has a valuation of a billion dollars. There is only a two percent possibility of a startup making it this big. Despite the success of Careem, Rocket Internet and Uber in Pakistan, the country has yet to see a locally grown company actively challenging these companies to be on a course to emerge as the first Pakistani technology unicorn. These companies may dominate the local market, but their headquarters and R&D is not based out of Pakistan, therefore large profits end up not benefiting the local ecosystem. While the region has seen Grab, Flipkart, PayTM, Ola emerging as unicorns, Pakistani companies have yet to meet the mark.

The panel comprehensively identified the challenges faced by the nascent entrepreneurial ecosystem of the country. In order to be a unicorn, a company does not only need to have an effective product but also the right market conditions, a hyper-ambitious team and extreme resilience. The development of a unicorn depends on two factors: addressable market and multiple of valuation, the latter is yet to be established for Pakistan. While Pakistan is a big market in terms of problems and challenges that need to be solved, it is still small to attract foreign venture capitalists. Moreover, major companies with entrepreneurial aspirations are only three to four years into the market, while it might take a decade to emerge as a unicorn.

Maayr pointed out that Careem is the only unicorn that has emerged in Middle East, despite the region attracting major capital. Therefore, he does not see it happening for Pakistan anytime soon. He said,

$100 million companies are more likely to happen than a unicorn.

Warriach and Nadeem are not very keen on the obsession with unicorns. They’d rather see ten $ 100 million companies emerging that can broaden the trickle-down effect and further develop the ecosystem, which one unicorn won’t be able to achieve. Also, a $100 million company is more likely to happen earlier than a unicorn. Nadeem said,

“Major unicorns are not built on copycat companies, but companies that are built upon new technologies. In the near future, we might see a lot of blockchain companies attracting venture capitalists and emerging as unicorns.” 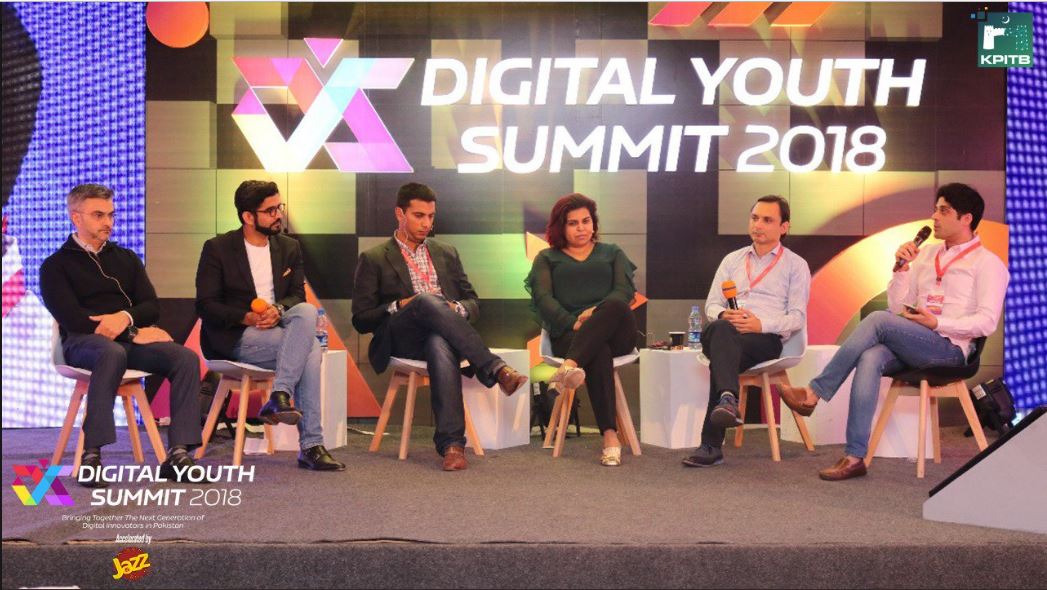 Are local founders adequately addressing a global problem by building a solution that has a wide global clientele?

Khan believes there are certain precursors required to develop a solution that can serve a global clientele. The key element in pursuing a global solution is the relationship with the global markets that provide an amplification to propagate a product or solution to regional markets. This, however, is difficult for Pakistan owing yet again to the nascent ecosystem. He said,

“We do not have relationships or anchors in those markets that will provide amplification for these regions to adopt our solution. Now the startups based out of the valley, they get the capital and the right connections so they can propagate out in a meaningful rapid way. For us, this is a major limiting factor.”

Nadeem emphasized that it is not lack of talent, capabilities or access that is holding us back, but the fear of taking risks and putting sweat equity into a company. Most of the young entrepreneurs want to build million dollar business while not coming out of their comfort zone, which is not a possibility. She said,

“It is not about solving big problems but pursuing a problem in an interesting and creative way that you find a solution to something entirely different. If you are adamant that you want to sell vegetables online, you can still go big but where is that innovation coming in?”

Innovation only occurs when big problems are solved by merging traditional industries with newer technologies.

Rabeel also expressed his concern about local entrepreneurs having limited exposure in terms of comprehension of a global problem and its articulation by building a global application. It is very rare that you find someone whom you can present in front of international clients to pursue projects. Muneeb, also thinks that local entrepreneurs limit themselves to serving their cities instead of thinking global, that means you are not in a cocoon and the addressable market becomes big. Similarly, software and technology products have a global appeal and easily scalable ramifications.

How can Pakistan be presented as a potential market for venture capitalists?

Foreign investors are still reluctant to invest in Pakistan, while other countries in the region and the Middle East are experiencing participation from such VCs. Warraich explained the perspective of an investor which is always a tradeoff between the risk and the return. Pakistan may have identified the potential return but the risks still involve political and market considerations.

Foreign VCs are interested and acknowledge that Pakistan is the last remaining market of such scale that is relatively untapped. However, they also want to see how the local ecosystem is helping these companies. Therefore, local incubators and investors need to aggressively participate, only then we can experience foreign investments. He said,

“Nobody can write a cheque sitting in Silicon Valley or Hong Kong if they do not see local support. Pakistani, themselves are not investing in local companies because they are aware of the ground realities. Foreign investors will start to participate, once we show them enough juice in companies who can absorb these big cheques to produce reasonable outcomes to secure large funds.”

Khan also believes that a major challenge in solving a global problem is the human resource. The first time these investors will invest, they are not gonna do that for an elaborate business plan but it is gonna be a bet on the founders. When investors come through us, they know that we will connect them to people who are serious about putting the money to the right use.

Startups are too much fixated on securing VC funds, they can still do well without it

Kidwai, however, believes that we are too much fixated on securing VC funds. Real entrepreneurs struggle for money and they realize the need for it but do not stop if there are no funds. Funds can come, even when you build inch by inch. He also believes, that VCs invest when they see the light at the end of the tunnel and usually follow a network effect. Therefore, with some Chinese investments that will be unfolding in near future, the industry might experience a domino effect where more VCs will start participating.

Despite the challenges of Pakistan being a hard sell, the potential of the local market will soon be validated with the materialization of some rumored foreign investments, that will attract more foreign VC firms, paving the way for the emergence of a Pakistani tech unicorn in a few years.

Fakhar Zaman’s 91 seals record chase to give Pakistan the title...

It is all different: Akshay Kumar on comparing Gold with Chak...

Is Kareena Kapoor Khan back to size zero? Check out her...

5 websites to make money online as a freelancer