Janhvi Kapoor is currently basking in the success of her debut release, Dhadak. The Bollywood newbie is spending quality time with her friends and family celebrating the success of her first film. Recently, the actress was spotted with her dad Boney Kapoor, however, before that she dined out with designer Manish Malhotra.

Janhvi, who was dressed in a black sweatshirt along with denim shorts was spotted outside a Mumbai eatery along with the celebrated designer. And the very same day, she also visited Arjun Kapoor’s house along with her dad but was papped without her sneakers. Leaving her rain-soaked hair loose, Janhvi looked phenomenal but it was her barefoot that grabbed eyeballs. Check out the pictures below: 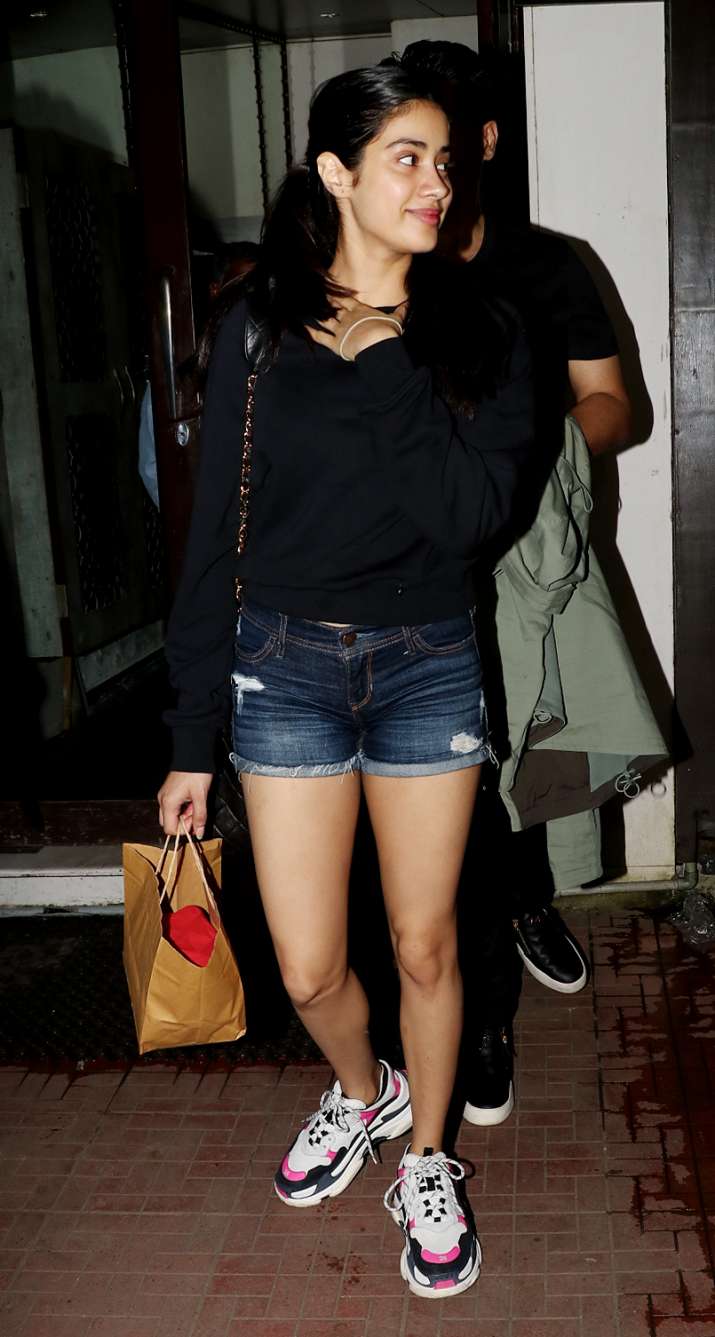 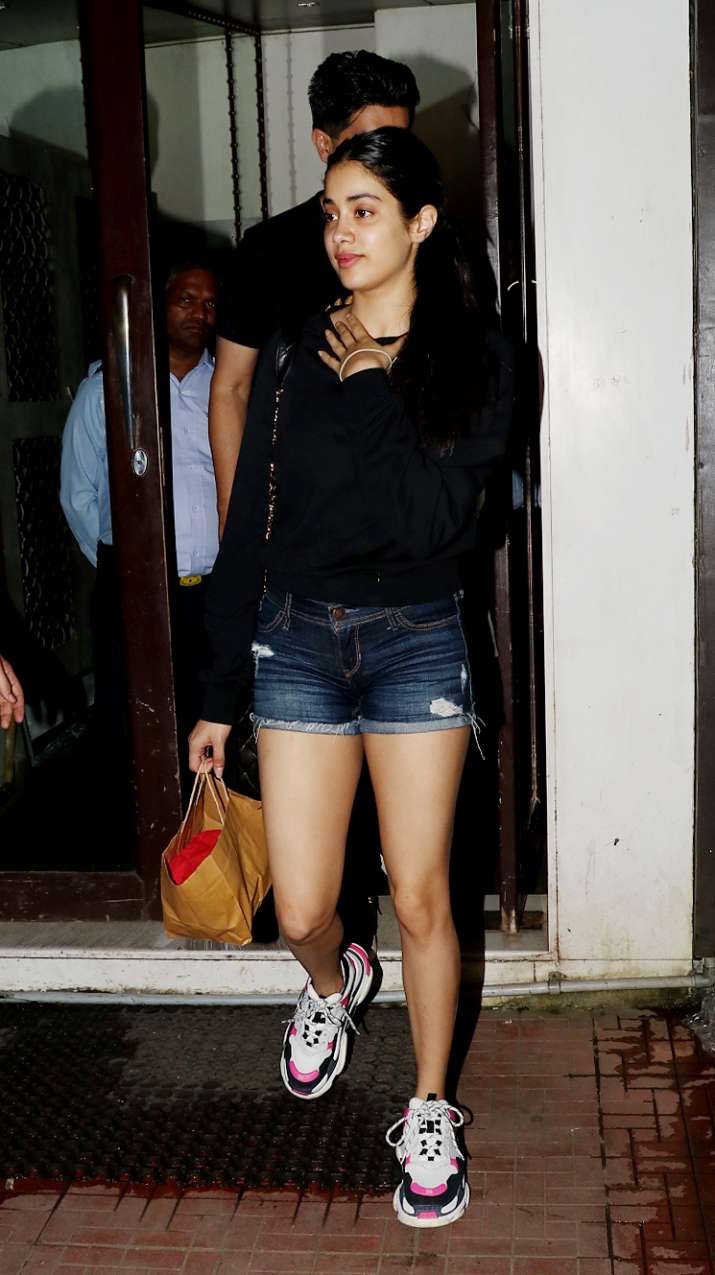 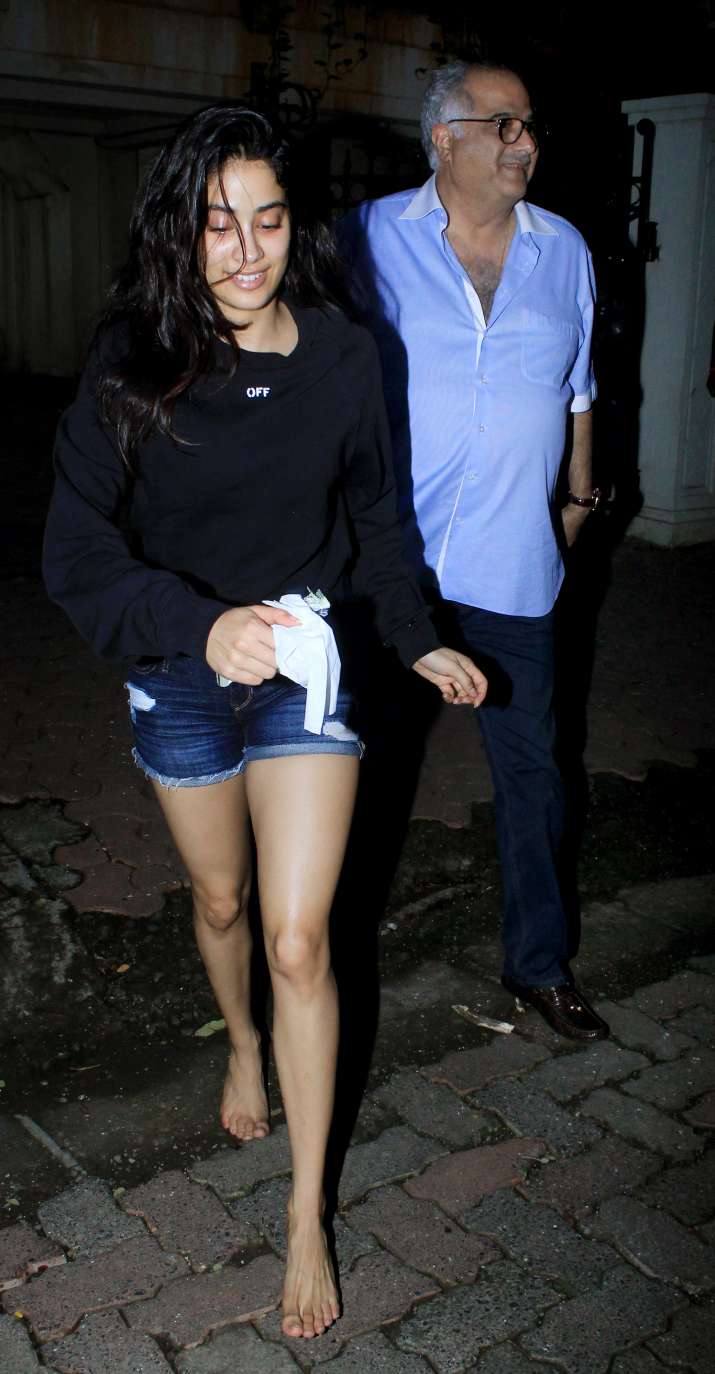 Janhvi, who made her debut with Shashank Khaitan’s Dhadak played the role of Parthavi in the flick. The movie which is a Hindi remake of Marathi blockbuster, Sairat also stars Ishaan  Khatter. While Dhadak has been panned by critics for its poor remake, it is performing well at the box office. So far, it has minted Rs 48.01 crore.

Recently, in an interview, producer Boney Kapoor said that he told his daughter Janhvi to be honest. ”I was somewhere sure it would do very well. I have told Janhvi to remain simple, honest, focused and hardworking as she has been so far,” he said.

Hardik Pandya out of World XI T20, Mohammed Shami and Adil Rashid in

Samsung will finally drop the headphone jack in its upcoming flagships

Users are switching to iOS for better user experience, survey