Elon Musk has become legendary for coming up with huge, seemingly impossible ideas. At SpaceX, Musk’s rocket company, Gwynne Shotwell is the person tasked with turning the entrepreneur’s wild visions into reality.

Shotwell, the COO, and president of SpaceX, has been at the company since its founding in 2002. During an onstage interview at the 2018 TED Conference in Vancouver, she discussed what it’s like to work with Musk.

“I love working for Elon. I’ve been doing it for 16 years this year,” she said. “He’s funny, and fundamentally without him saying anything, he drives you to do your best work.”

In addition to his huge ideas, Musk is also known for wanting to turn those ideas into reality on tight timelines (see: his plan to start colonizing Mars in the next decade). Shotwell has learned to roll with it.

Unlike rocket scientists at NASA and companies like Boeing, SpaceX’s engineers didn’t have any pre-designed technology that they “had to include” in their rockets, according to Shotwell, who is a mechanical engineer by training. 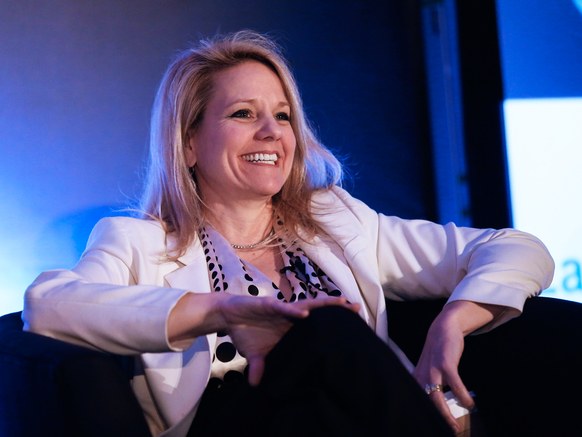 Shotwell said she noticed at a certain point that every time she thought she’d gotten the company to catch up to Musk’s goals — to make his ideas feel achievable — he’d throw something new out that would keep SpaceX on its toes.

“Once I realized that was his job…and my job was to get us feeling comfortable, I liked my job a lot more,” she said. It’s not like Shotwell doesn’t have wild visions of her own. SpaceX’s plans for Mars are just the first step in what she imagines will be a much bigger journey.

“Mars is fine, but it’s a fixer-upper planet,” Shotwell said on stage. “I want to find people, or whatever they call themselves, in another solar system.”

Beyond internet satellites, Shotwell described SpaceX’s plans to introduce a passenger rocket that would take humans halfway around the world in 30 minutes, at a cost comparable or slightly cheaper than a business class flight.

Honor 10 is official and it also has a notch