I own a Samsung Galaxy S6 and now I think its time I switch my phone. Most people in Pakistan quite comfortably fall in the zone of “two-year phone upgrade cycle”. A sensible person is the one who doesn’t spend money on a new smartphone every year until he/she really needs it, like me for instance who has spent full three years with a flagship smartphone utilizing its full potential. People reading this, if you own a smartphone which is older than a year old mark, I think its time for us to let go of the antiquated smartphones.

My smartphone is probably feeling the weight of time. Sadly this smartphone is no longer being considered for software updates as well. So, let’s get right to it. Is the Samsung Galaxy S9 the right phone to upgrade to? I have compiled a list of things you need to know to make the jump. 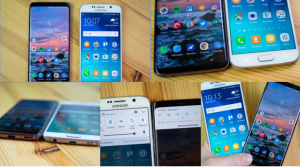 Smartphone companies nowadays have done a masterful job of keeping the flagship phones following the same basic identity from year to year. For instance, looking at a three-generation change it’s undeniable that the Samsung Galaxy S6 and S9 are both Samsung phones.

My Samsung Galaxy S6 still feels like a solid, well-made and modern device even in 2018, and almost all the manufacturers like Huawei, Apple, LG etc were making pretty darn good devices back in 2015 so I am sure your device is well-made as well.

Almost all smartphones follow the same identity their siblings carry like my S6 resembles the Galaxy S9. The smartphones nowadays are a bit more sleek and curved, but this is still the familiar metal-and-glass sandwich formula from 2015. 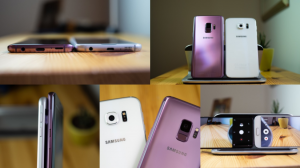 As you’d expect from phones that are three years newer, the smartphones nowadays are better in every way. Hardware-wise manufacturers have made advancements across the board such as you get water resistance, USB-C charging, dual speakers and a notably improved 18:9 ratio displays such as on the Galaxy S9. Sadly my Galaxy S6 doesn’t have an SD card slot, so even though that came back with the Galaxy S7 it’s still “new” if I am upgrading to the Galaxy S9.

Although the Galaxy S6 still performs pretty well with the newest Android Oreo, it has a very similar experience to the newest phones. The processors and 3GB of RAMs are really starting to show their age in the smartphones of 2015, particularly if you set it alongside the new Galaxy S9 and see how much quicker everything is and that we the people who have a 3-year-old smartphone are living in the stone age. Apps are far more demanding today than they were in 2015, and if you want to keep up with the latest software you’ll need to move on to a new phone as well.

A massive mark of progress in these three years on is in photography. The mobile world has revolutionized in this category, even the single-camera Galaxy S9 is a big improvement from the Samsung S6. Triple cameras, dual cameras, improved selfie cameras, with OIS and a fast lens are at play nowadays, the sensor is an entirely new generation of chip, the aperture is now wider at f/1.5 and Samsung’s processing has greatly improved.

The daylight photos may not show as big of an improvement in smartphones since the old smartphones of 2015 handed it quite well, but the low-light shots are in a new league nowadays and you get that awesome 960 fps slow-motion videos as well in the Samsung Galaxy S9, Huawei P20, and Sony’s XZ2.

Yes, yes and yes. I think it’s time to say goodbye to my Galaxy S6 and all the smartphones in 2015 since I have got my money’s worth out of it. Although I have been enjoying many aspects of the Galaxy S6 as a whole but now I need something more modern so I can keep up with the times and I recommend you do the same as well.

Samsung’s latest flagship will be a fantastic upgrade for me and you. In typical smartphones nowadays have higher standards in terms of everything when you look at a three-year upgrade. The best part is that you can still sell your smartphone or in my case, Samsung Galaxy S6 around 15000 rupees at a second-hand market.

I believe it’s time to upgrade.

Shahzad Khan - May 29, 2017
0
Get ICC Champions Trophy 2017 cricket schedules and Time Table has been announced all upcoming match of champion trophy 2017 here Pakistan vs India...

‘Never felt like we were away from home’ – Shakib

A secret Bitcoin key is soon to be revealed