Bollywood celebrities are making complete use of the newly-launched ‘Ask me anything’ feature on Instagram. After Shahid Kapoor, superstar Shah Rukh Khan gave in to the temptation of internet’s current favourite thing. SRK was travelling to shoot when he thought of engaging with his followers and fans. The actor was asked a lot of questions out of which some were also really very weird.

However, out of all the questions, one stood out because no one could have probably thought of it. A fan asked SRK why he got married so early and he had the most romantic reply you could ever think of. Bhai love aur luck kabhi bhi aajate hain (Brother, love and luck can come to you anytime). Now you got the proof why he is called the kind of romance? 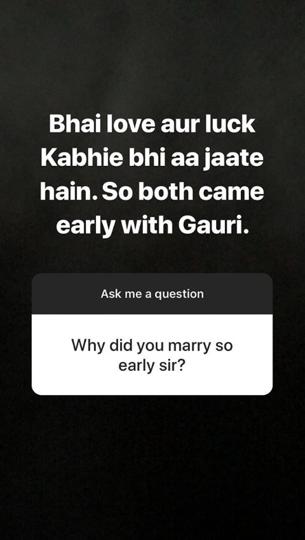 Check out some more questions and answers 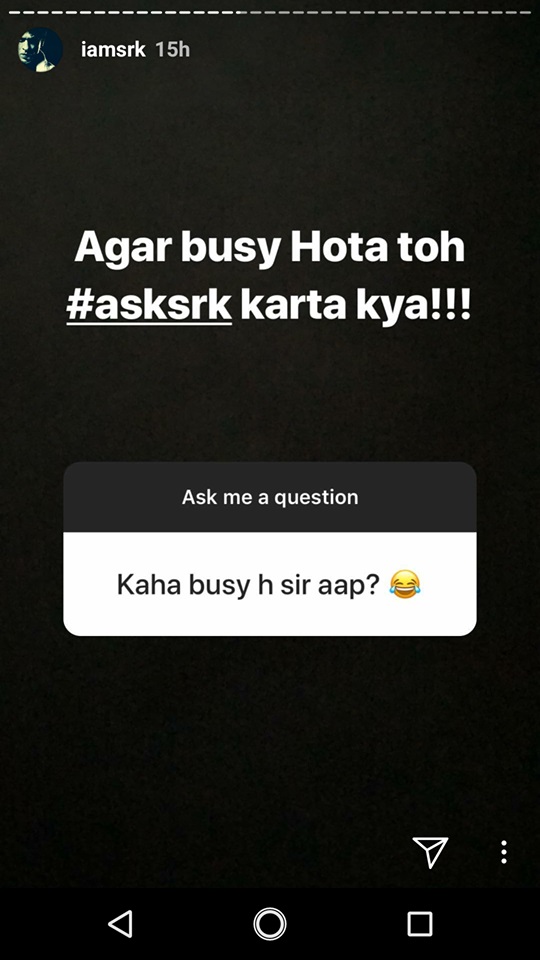 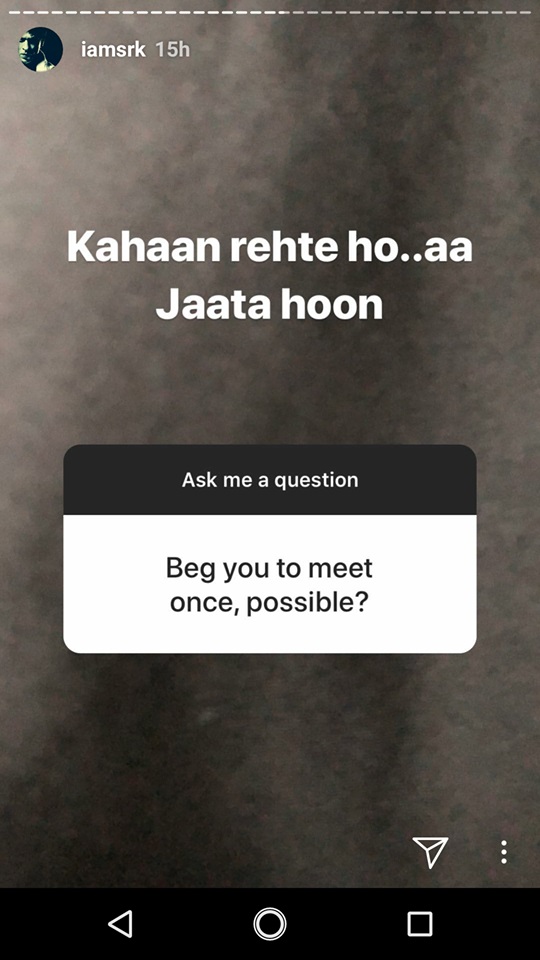 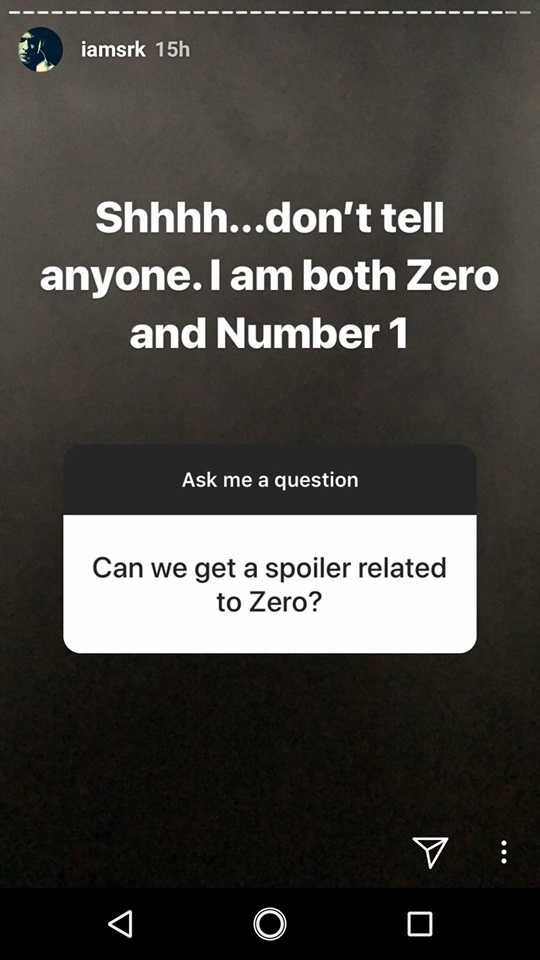 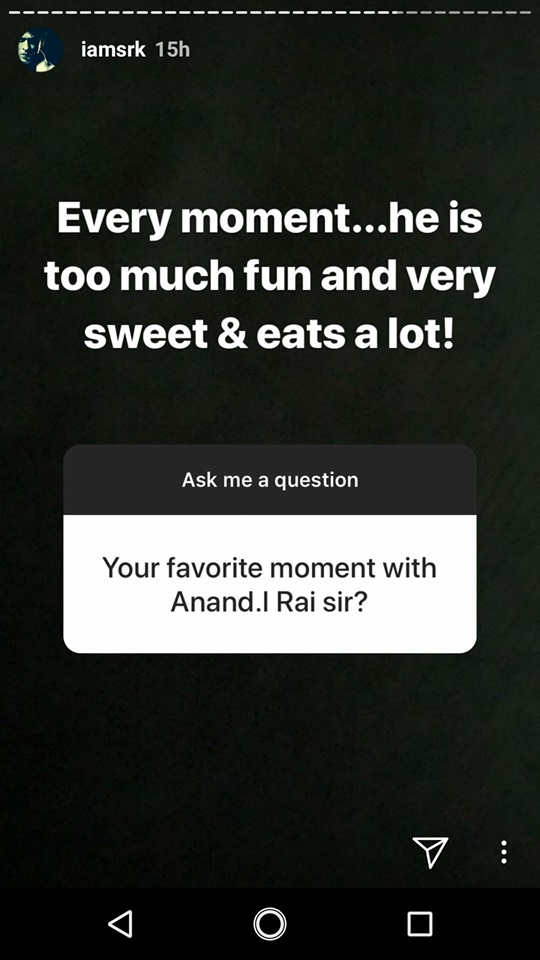 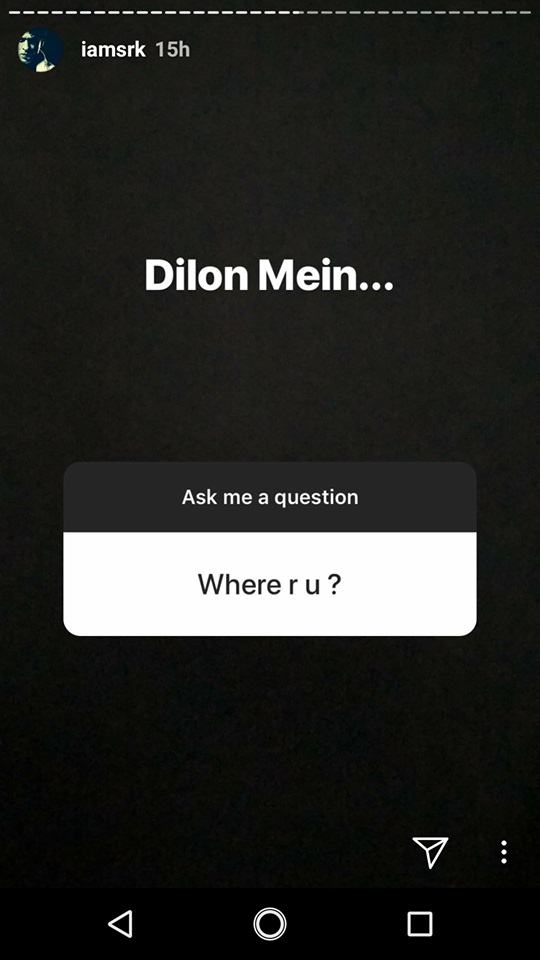 Shah Rukh Khan and Gauri were recently vacationing in Europe along with their kids-Suhana, AbRam and Aryan. Posting a picture with his wife on Instagram, SRK wrote, ”After years the wife has allowed me to post a pic I have taken…she’s all heart!”.

Shah Rukh tied the knot with Delhi girl Gauri in 1991 after dating for six years. In 1997 they became parents to son Aryan and in 2000 they welcomed Suhana. The youngest member of their family AbRam came in 2013.

On the professional front, SRK is devoting all his time to Aanand L Rai’s Zero, co-starring Anushka Sharma and Katrina Kaif. The film is scheduled to release in December.

Dent makes runs but Malan may be happier

Powell takes WI 360 ahead after bowlers’ day out

IPL friendships will count for nothing in Test battle – Jos Buttler

R Madhavan introduces Kamli of Sanju in a beautiful post, calls him an inspiration....