WhatsApp is one of the most popular messaging application in the world. And recently the company has been introducing many new features in its latest updates. According to the report in Statista, more than 29 million messages were sent via WhatsApp in 60 seconds on average in 2017. That’s over 1.7 billion messages per hour or more than 40 billion messages per day. These numbers are quite high even for an app with around 1.3 billion monthly active users.

These number of messages, pictures, and emails shared across the web and social media every minute are quite shocking.
We know that everything can change in an internet every minute, as the research from Statista states, the digital landscape below, shows a comprehensive overview of the role social media, messaging services and the internet have on our lives. 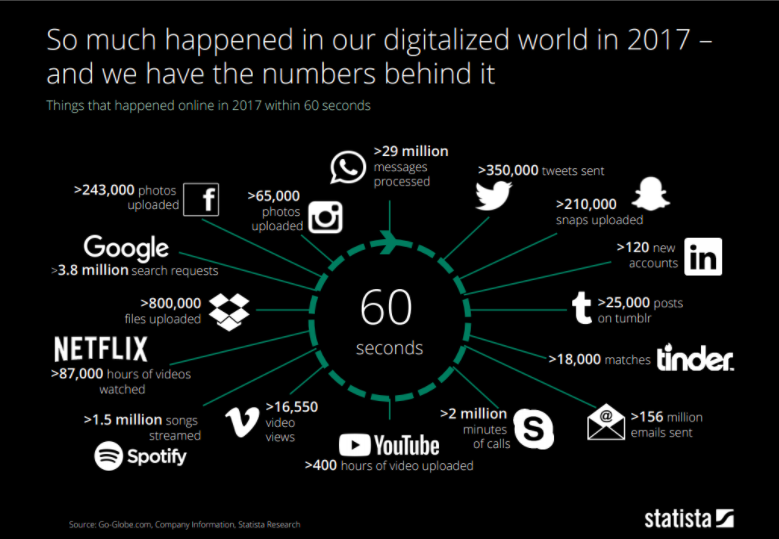 The shocking revelation is that WhatsApp isn’t even the leader of the social networks. Facebook is the leader with more than two billion active monthly users, meaning that during any given month, over a quarter of the Earth’s population logs in to their account at least once. The data provided by Statista shows over 243,000 photos were uploaded to the social media site within 60 seconds in 2017. 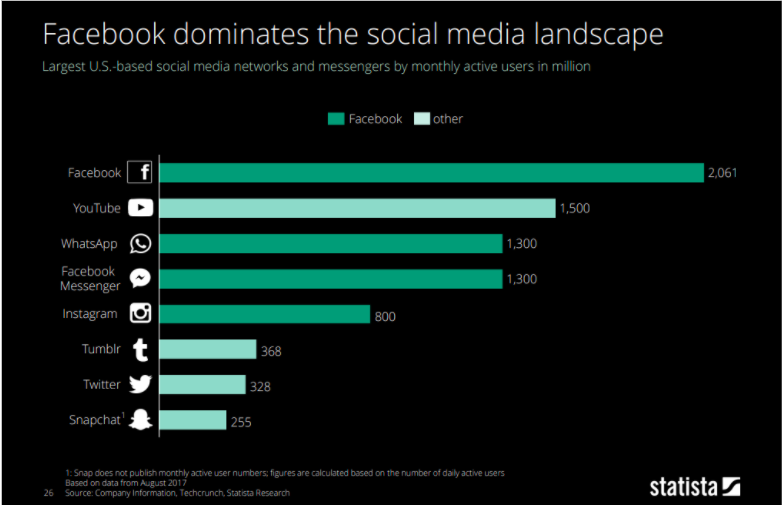 Considering that almost 2.5 billion people own a smartphone. These stats are hardly surprising because so many people are updating their statuses, sending tweets every minute as we read this article as well. This shows that our access to the digital world keeps on increasing with the number of internet users worldwide increased from 3.3 billion in 2016 to 3.5 billion last year, which is about half the world’s population. As technology advances and new innovations keep on coming in the market, what was once heralded as a breakthrough quickly becomes obsolete in the world of internet.

Apple is working on touchless gesture screens for upcoming iPhones