As promised the update has finally arrived for the Nokia 7 Plus. The latest iteration of the Android will bring tons of new features to the Nokia 7 Plus, including better AI features, improved battery timings, a better navigation system, and a neat and modern looking interface. Traditionally Google (Nexus and Pixel phones) phones are the first to get the update, however this time a handful of companies were also registered for the latest iteration of Android.

The impressive thing about the Nokia 7 Plus update is that it’ll be the first non-pixel phone to get the Digital Wellbeing app. This feature shows a representation of the time you’ve spent on various applications and tracks app time usage. The HMD Global chief product officer Juho Sarvikas made the announcement himself via his Twitter account. 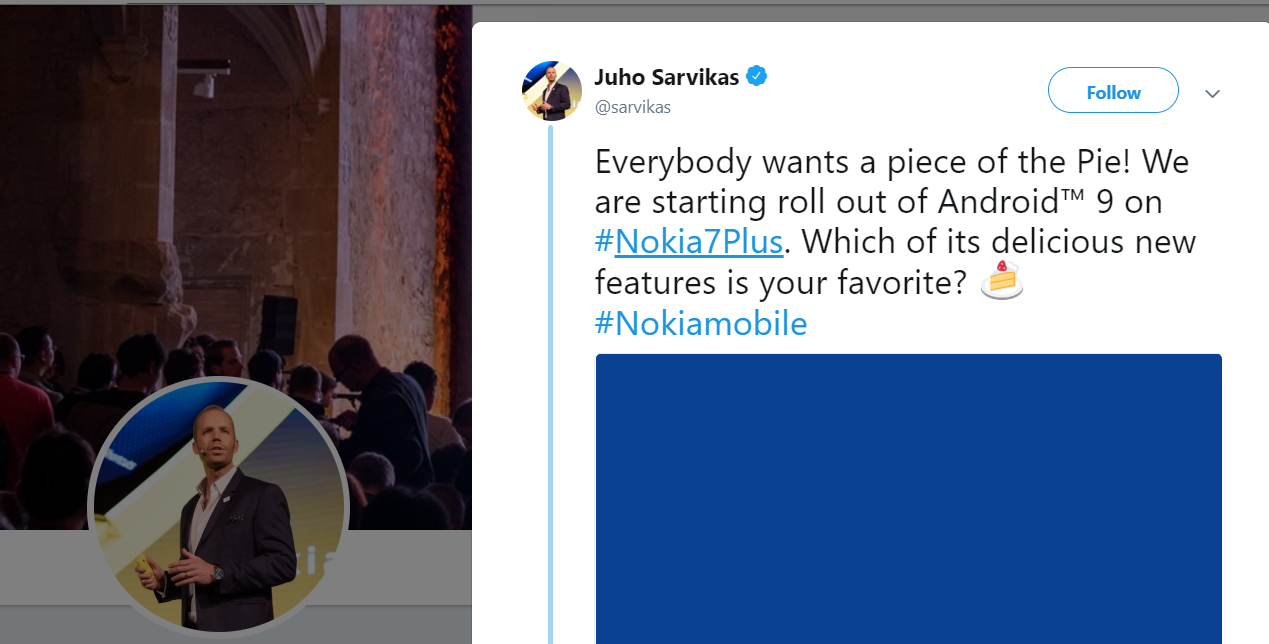 The update is expected to expand to every Nokia 7 Plus soon. Traditionally Android updates on non-google devices have always been extremely slow and frustrating for the users. Sometimes it takes more than a year for the update to come. However, this year has seen a better response from Google and other Android manufacturers, as the update rollout has been much faster compared to previous years. A more logical explanation of this pleasant experience can be the new feature called Project Treble which was already preinstalled inside the Android Oreo. The purpose of this feature is to let the manufacturers make updates much faster for their respective smartphones.

Shahzad Khan - April 29, 2018
0
Milind Soman and Ankita Konwar Heartthrob Milind Soman broke many hearts on April 21 as he tied the knot with his...

Jazz users can now pay through their mobile balance to make...

Facebook is launching downvote button for a wider audience

New Prince Music Being Released Nearly One Year After His Death

CSA could be forced to reconsider SuperSport equity deal