The glamour doll of the television industry, Nia Sharma, is in a mood to relax and chill in the beautiful locales of Switzerland these days. The actress, who is currently seen in Ishq Mein Marjawaan, left for the ‘playground of Europe’ right after she celebrated Raksha Bandhan with her brother. Known as the sexiest actress in the TV industry, Nia Sharma has been posting pictures and videos from her vacay and we can’t help but be jealous of all the fun she is having among the snow-clad mountains.

Here are all the pictures and videos of this drop-dead gorgeous actress Nia Sharma.

Nia Sharma Definitely knows how to paint the town red. Acing the street style, the actress looked heavenly in her red outfit walking in the beautiful streets of Switzerland. She even enjoyed playing in the snow and tried to kick some balls made of snow. Have a look! 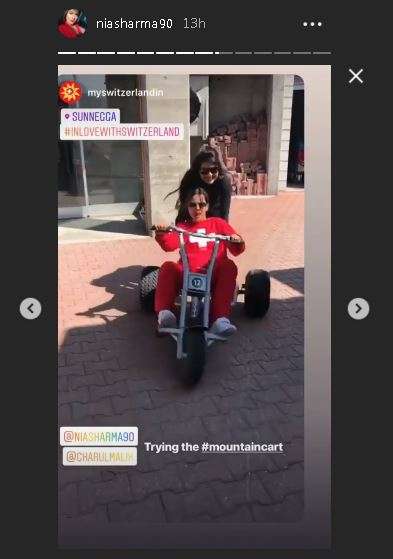 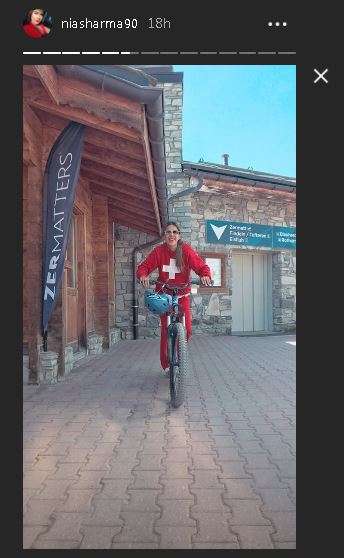 Next, Nia Sharma takes away our breaths in her absolutely gorgeous black outfit.

When in Switzerland, how can you not get involved in some adventure sports? Nia Sharma is just doing the same!

Nia started her career with the hit TV show Ek Hazaron Mein Meri Behna Hai which also featured Krystel D’souza, Karan Tacker, and Kushal Tandon. But what took her popularity to another level is her lead role opposite Ravi Dubey in Jamai Raja.

Bharat: This video of Salman Khan helping his mother Salma climb up the stairs...

Varun Chopra’s career-best too much for Somerset