The coming November will witness the inevitable end of the famous Skype Classic (7.0) support. The original discontinuation of the Skype 7.0 version was scheduled for September, but it got delayed due to various reason, however, the Skype team on a blog post announced that the 7.0 version of the application will be discontinued for good this time. Initially, the delay was made because of the various complaints made by the users regarding the complicated GUI of the Skype 8. The support for Skype 7.0 desktop will end on November 1st. Skype developers recommend that users should upgrade to the Skype 8 to avoid disruptions and bugs. 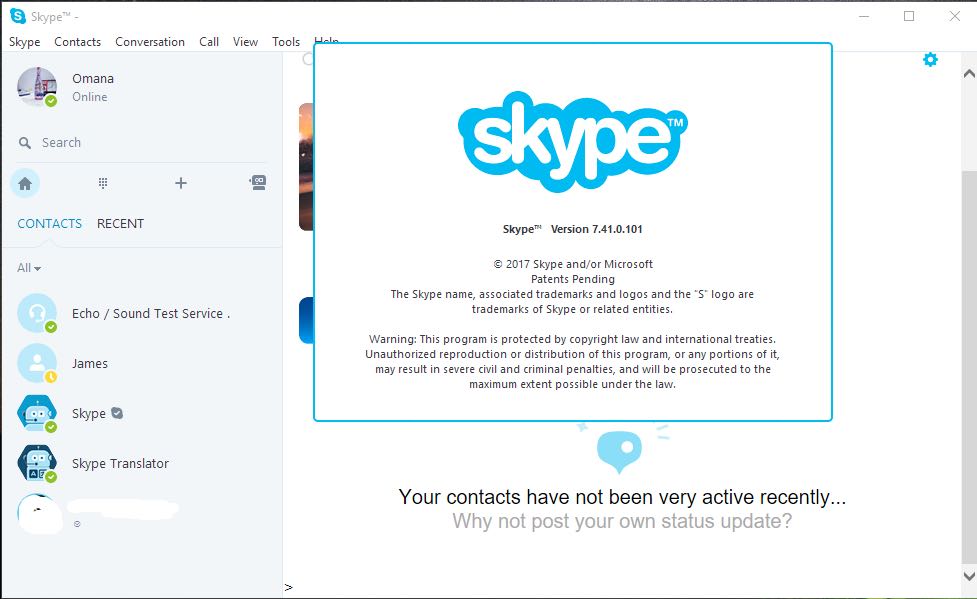 Some die-hard users of the classic Skype went on and launched a Change.org petition asking Microsoft to keep the 7.0 version alive. The petition since then has collected more than 1000 signatures. Microsoft went ahead and replied to their users’ request “We’re continuing to work on your most requested features. Recently we launched call recording and have started to roll out the ability to search within a conversation. You’ll soon be able to add phone numbers to existing contacts, have more control over your availability status, and more.”

Microsoft rolled out a big redesign last year which included Snapchat like features. It was apparent that Microsoft wanted to invite more millennials via a modern outlook. The redesign completely changed the messaging interface, this, however, enraged the original users of Skype who were perhaps much older, business-oriented and professionals that basically make up the majority of the app’s user base.

Microsoft worked a lot on the mobile version of Skype last year, and after lots of tweaking the company was successful in finding the right balance. Furthermore, the company tweaked the Skype 8 version once again, earlier this month and redesigned it to bring some of its old look back. This was aimed at satisfying the existing users instead of inviting new ones. Earlier, Microsoft announced that it will keep the Skype classic around for some time after facing criticism from its user base, however, the company is now finally ready to discontinue the classic version on September 1st. The new Skype 8 brings interesting features and major updates such as free HD video calling and drag and drop file sharing.

Sunil Grover reveals how he overcame pessimistic phase in his career

WhatsApp to introduce a new feature to deal with fake posts

Mobile and internet shutdowns to be tracked in Elections 2018 by...