In Hazara Town, a minority community at the outskirts of Quetta, stands Hatif Art Gallery, a solace for the troubled community. It is here that Arghawan Hatif can be found continuing her father’s vision, surrounded by a kaleidoscope of art pieces, teaching young artists in the colorful studio that doubles as a gallery. The hustle bustle in the gallery takes her back to the stories told by her father, Hasan Ali Hatif, about times that were not rosy and full of hardships.

Hasan Ali Hatif had a passion for art but did not have enough means to buy art supplies, and therefore started drawing on the sand. Struggling to earn a sustainable livelihood, he never gave up on his passion. He managed to travel to Iran and enrolled in an academy meanwhile supporting himself through manual work.

Upon his return, he set up Hatif Art Gallery, where he began to teach young men of the Hazara community. During this time he was blessed with a daughter, Arghawan. Growing up, she discovered her talent for drawing and painting. Having the eye to recognize talent, Hatif started teaching her daughter how to hone her skills. 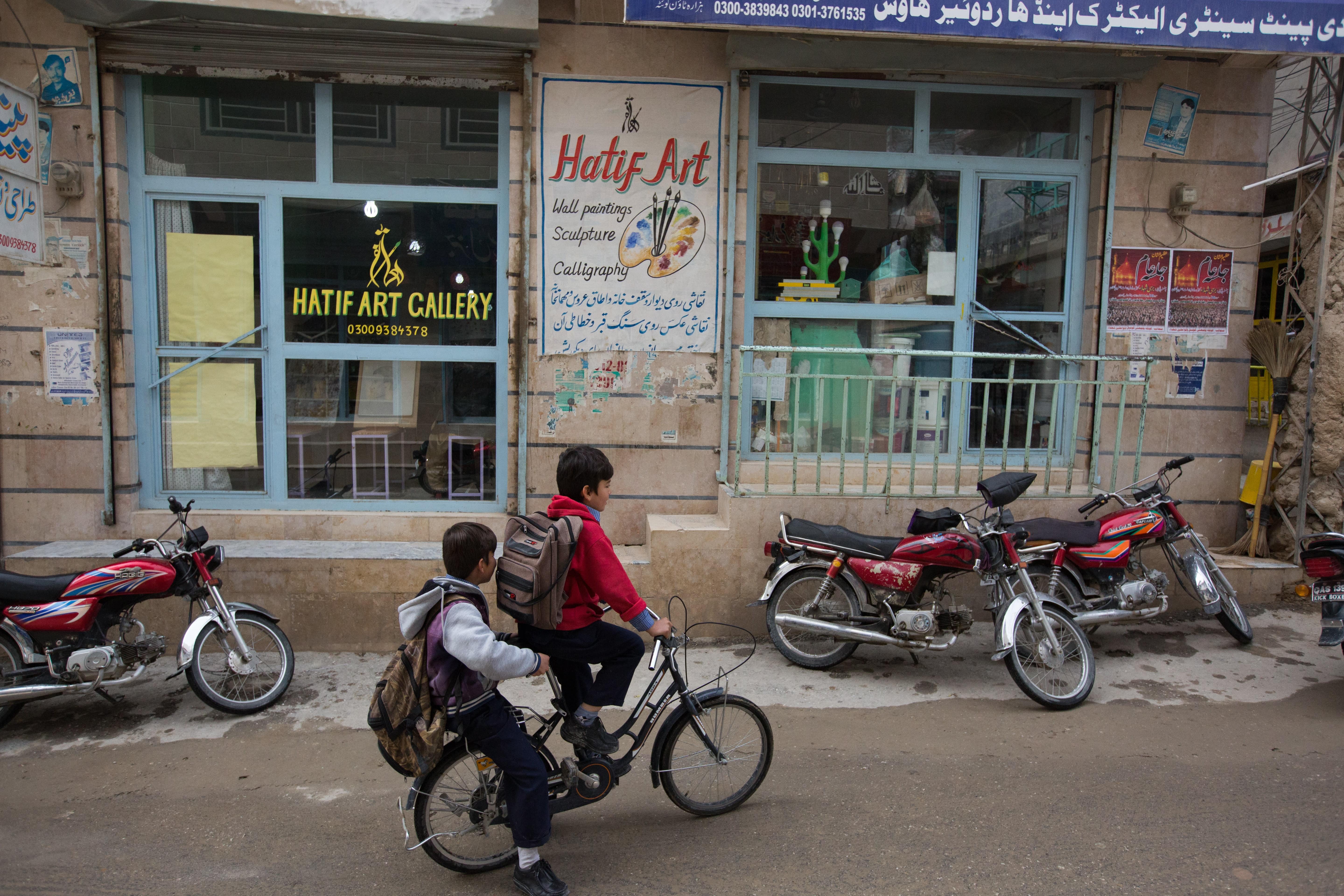 Arghawan was just 12 when she sold her first art-piece and started helping her father at the library. Hatif was supporting the artistic community for years but was unable to reach beyond his community for he only knew Persian. That’s when Arghawan realized that she might have learned to draw and paint but to expand the venture, she will have to expand her communication skills and enroll in computer classes and understand how to promote a venture through digital media.

During this quest, she came across the Karandaaz Women Entrepreneurship Challenge (WEC) and applied for it. She was selected for the training at Balochistan University of Information Technology, Engineering, and Management Sciences (BUITEMS) where she gained a new perspective about her work and how art can go beyond self-expression and provide a sustainable livelihood. Arghawan shares,

“Before, we were just trying to serve our people, but after learning about financial strategies and business plans, we will be able to do a better job of promoting their interests.”

With the training provided in Karandaaz WEC, Arghawan has now developed a book-keeping system for the Hatif Art Gallery. She has also learned about online research, marketing art and using digital media effectively. Her father also shares,

“My business was a small one and not that professional, but since Arghawan began to use social media to promote our work, we developed regular customers and organizations have come forward to support us.” 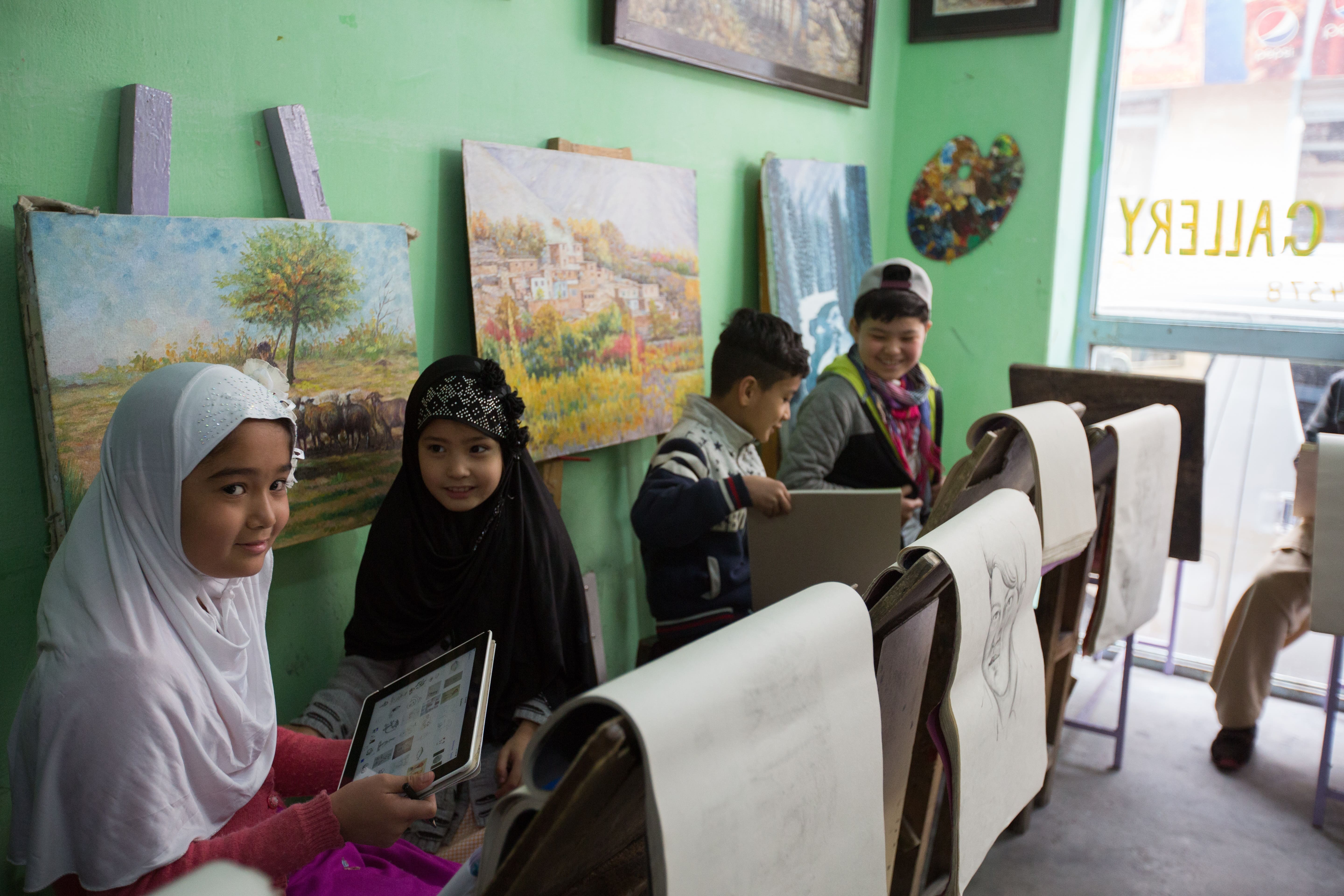 Hatif Art Gallery now represents over a hundred artists and more are coming forward through social media outreach. Many of Hatif’s students have joined art schools such as the National College of Arts in Lahore and those who have graduated are slowly making their mark in the art community.

Speaking about the training of Karandaaz WEC, Arghawan shared,

“The training through Karandaaz Women Entrepreneurship Challenge had a great impact on our business. We were able to diversify our art training program at the gallery and take our marketing efforts to a new level.”

Karandaaz is empowering Pakistani women through various entrepreneurial initiatives. Last week, they announced an investment up to PKR 64 million in 15 women-led businesses who were a part of the previous cohort of Karandaaz WEC 2017.

WEC is now back for 2018 and is currently accepting applications. If you are a women entrepreneur with a 3-year old startup, looking to scale up your business, now is your time to apply. Selected business not only receive customized business development support but also become eligible for investment up to PKR 20 million.

You can apply to Karandaaz WEC 2018 through this application form by July 10th.

With Karandaaz WEC, Arghawan has learned to engage more customers through social media

Shahzad Khan - May 23, 2018
0
Andrew Strauss has urged English cricket to seize a unique opportunity to embrace radical change or accept a role among the also-rans of international...

RCB said they’d call me back, but they didn’t – Gayle