According to the tech giant Huawei, the company’s latest flagship Huawei P20 Pro sales are already higher than the P10 Plus sales by a factor of three. Huawei P20 Pro is now the best-selling phone in Western Europe in Huawei’s history, after only a month of its release. The P20 Pro is easily one of the best Android smartphones you can buy right now and it appears that sales are reflecting the reviews as well since the company claims that in only a month the P20 Pro has outsold last year’s Huawei P10 Plus in Western Europe by a whopping 316 percent.

According to the company, most of the P20 Pro sales in Europe came from the United Kingdom, Germany, and France. During these sales, the P20 Pro was the most-searched-for smartphone on Google in Germany, Spain, and Italy.

Seeing these sales of P20 Pro shows just how successful Huawei is worldwide. Huawei is the world’s third-largest smartphone manufacturer, and it’s achieved that title without having a retail presence in the United States even after trying so much and this is something that top mobile manufacturers Samsung and Apple have over the Chinese company.

One could only imagine how successful Huawei would be if it were able to sell its phones in the United States. 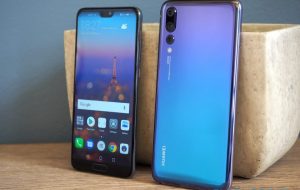 Huawei P20 Pro is the world’s first smartphone to feature a camera with three lenses. This feature has made the smartphone earn the highest reviews ever for both stills and video from DxOMark, photography review site.

When will you buy the Huawei P20 Pro? Let us know in the comments below.