Pixel-branded smartwatches are rumored to be announced at Google’s hardware event in Fall 2018. This leak came from the reliable source of Evan Blass and included mentions of the Pixel 3/3XL as well as the next generation Pixel Buds. There will be three models of the Pixel watches and will feature a Qualcomm chip that was unnamed prior to this point. The new chip is rumored to be called the Qualcomm Snapdragon Wear 3100.

According to the leak that there are three “Google Smart Watches” codenamed “Triton, Ling,” and “Sardine.” Although for now, the report doesn’t reveal what the difference will be between the variants, whether it’s connectivity, size, or something else.

Google and Qualcomm have been working on this for over a year. We already knew Qualcomm was set to finally release a new chip for Wear OS devices. It appears these devices will be getting the new chip and it will be called the Qualcomm Snapdragon Wear 3100. 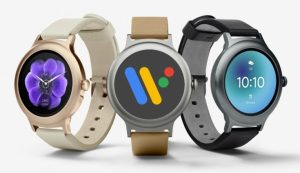 The Snapdragon 3100 is the new variant of the Snapdragon 2100. It rumors to feature a quad-core CPU with an unknown clock rate. Qualcomm might use the ARM Cortex-A7 architecture and Adreno 304 GPU in this chip. Although, manufacturing remains on the 28nm process. The main benefit of this new chip is a power management integrated circuit that’s being called “Blackghost.”

The leak further reveals the devices will include VoLTE, GPS, LTE, Bluetooth including apt-X, heart-rate monitor, WiFi, pedometer, and other health features as well.

Besides the Pixel smartwatches, many fashion brands have started to support Wear OS. Hopefully, the new Qualcomm chip will bring more Android OEMs back to the platform.

WhatsApp to introduce chat filters in its Business app for Android

Hrithik Roshan shares empowering message on facing your fears in this...

Shahzad Khan - March 28, 2018
0
Hrithik Roshan shares empowering message on facing your fears in this videoPhoto:TWITTER Hrithik Roshan, who will be seen next in Anand...

Vivo Nex all-screen phone with a pop-up camera is coming to...