The Google Developers Group (GDG) organized a Google I/O Extended event in the National Incubation Center in Islamabad on 27th July 2018. The event was attended by hundreds of individuals. A significant majority of the attendees were undergrads who wanted to learn about the influence of technology on the lives of people. The event was sponsored by various companies, including TeamUp, Telemart, and EMUMBA etc. The event revolved around discussions about the role of technology in our everyday lives among a host of other activities. 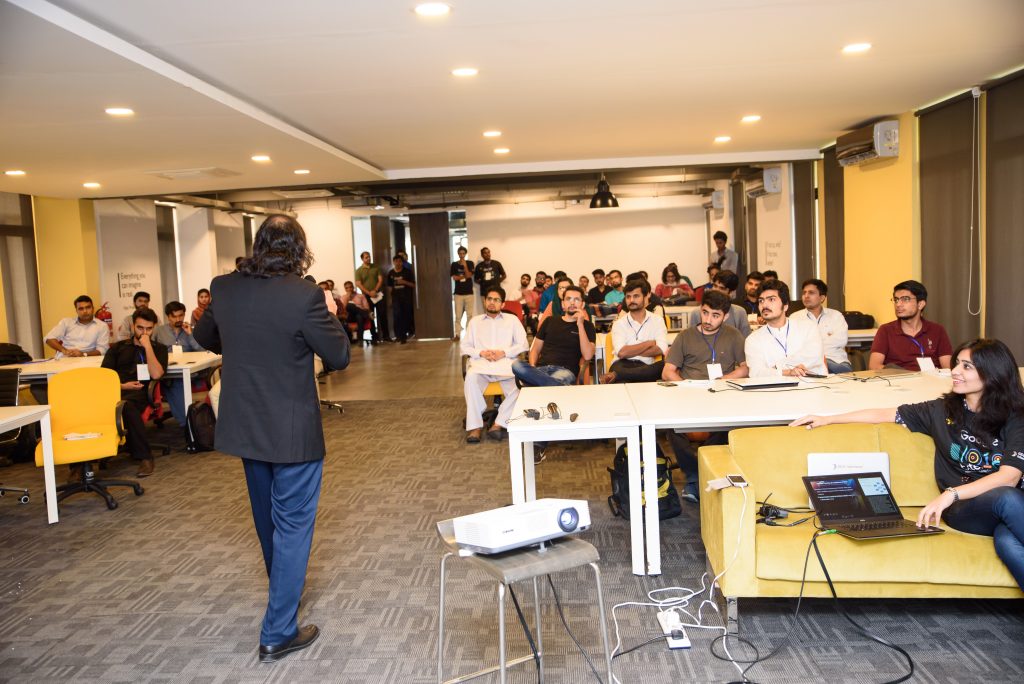 The audience was addressed by a number of influential individuals of the Pakistani tech industry, including the CEO of ANZEN, Mr. Erishan Anwar, who talked to the audience about Machine Learning. The entire audience was amazed when Mr. Anwar listed details of how Machine Learning can enable a computer system to extract data and use it to predict the next steps. To strengthen his talk, he further explained how the prediction ability of a computer can help it in rewriting an entire book after analyzing it once – that too without any faults and flaws. He then enforced how his company, ANZEN, is working in the field of Artificial Intelligence to develop systems that can perform several tasks without any need for manual (user) input.

Dr. Yasir, a Professor at the National University of Science and Technology (NUST, Islamabad campus) further continued the talk on Artificial Intelligence by telling the audience about recent developments in the field of robotics. He introduced the audience to two organizations that are working in the field of robotics in the country, namely the Robotics and Intelligence Systems Engineering (RISE) Lab of NUST and the National Center of Artificial Intelligence (NCAI). He informed participants about a few of the projects of the aforementioned organizations, which included an Intelligent Wheelchair with semi-autonomous steering support and a prosthetic leg for handicapped individuals. Dr. Yasir emphasized the medical implementations of these projects, stating how the said projects can be vital in revolutionizing the medical industry of the country. 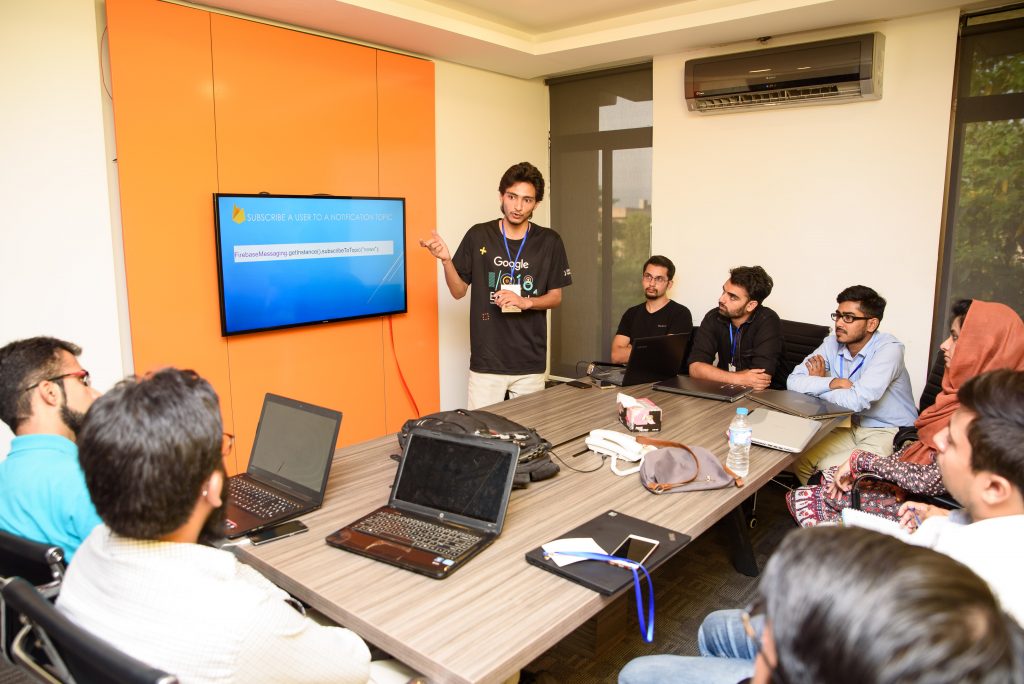 A set of other talks were conducted by tech influencers as well, which captivated the audience to shoot a series of questions at the speakers in a bid to clarify their ambiguities and to further extract knowledge from them.

A keynote address on the products of Google was given later on, which saw users being introduced to a set of new features of Google. These included Duplex, Google’s new AI Personal Assistant that has the ability to figure out a user’s preferences based on his actions. Google’s updated News application was brought to the spotlight as well by informing the audience about how the new app uses AI to classify news and to present relevant news to a user based on his preferences. Last, the upcoming Android P was introduced to the public. Android P is the next iteration of the Android Operating System and is currently in its Beta program stage. It is expected to roll out to the public in the coming weeks.

One major highlight of the Google I/O Extended event was its Hiring Challenge. One of the gravest issues present in the country today is unemployment and considering the fact that more than 65% of Pakistan’s population is the youth, such Challenges are welcomed with great enthusiasm. Companies from across the country took part in the Challenge, telling the participants about open billets in their firms along with the skills they sought in the individual planning to fill the respective billets. Participants eagerly gave their CVs around, which were assessed by the companies’ staff, who further interviewed the participants on the spot in a bid to assess their abilities. 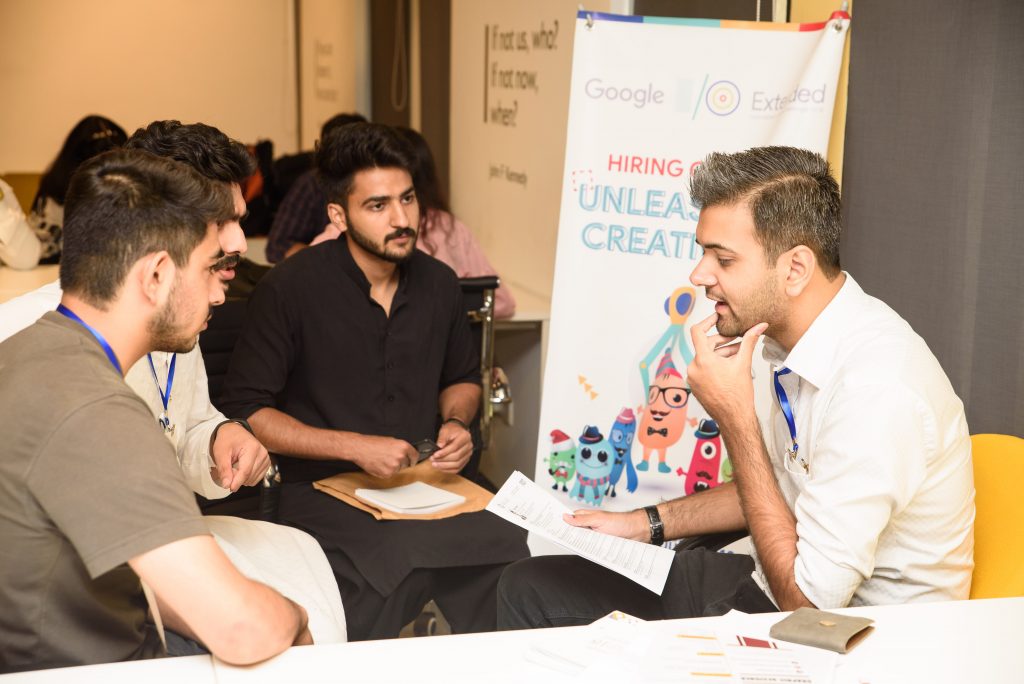 All in all, it can be safely said that the event has been a huge success. Participants got to know a lot and the organizers got a chance to dispatch knowledge to the youth of the country. Win-win, right?

With this, TechJuice signs off as the Official Media Partner of Google I/O Extended Islamabad.

Lenovo’s all “screen” smartphone was a lie

Shahzad Khan - June 6, 2018
0
Lenovo has started the pre-purchase of Z5 in China and the smartphone is all against our expectations and what was shown on the official...

8 dumb things you do when you buy a new smartphone

Will Oppo Find X be the most expensive smartphone in Pakistan?