Samsung is surely up to something as a new variant of the Galaxy S9 has reportedly surfaced on Chinese certification website TENNA. The alleged Samsung device sports the code-name SM-G8750. And this code name is similar to Galaxy S9 “mini” with mid-range specs earlier spotted on Geekbench site.

The current version of Samsung Galaxy S9 Plus features dual camera set-up at the back with two 12MP sensors. 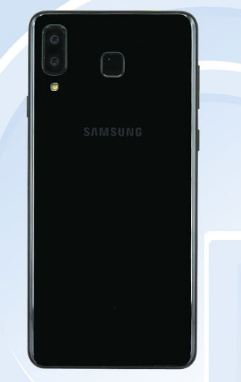 However, the placement is in the middle (just above the fingerprint sensor). The upcoming smartphone variant is also said to come sans heart rate monitor at its regular spot as per the leaked images.

Reports also suggest that the smartphone may be called Samsung Galaxy S9 Mini. As for the specifications of the alleged Galaxy S9 variant, most of these appear to be same as those in the present version of Galaxy S9 Plus. The listing reveals that the upcoming Galaxy smartphone will sport 5.8-inch AMOLED display of 2960×1440p resolution and backed by a 3,000mAh battery. Powered by a 2.8Ghz octa-core (processor unspecified), it will be paired with a 4GB or 6GB of RAM.

Farhan Akhtar is pleased to collaborate with Daler Mehndi for Gold

This Pakistani animated series, ‘Boota Befazul’ aims to send out the...