Bollywood father-son duo Amitabh Bachchan and Abhishek Bachcchan were seen enjoying the FIFA World Cup 2018 semi-final between France and Belgium at the Zenit Arena in St Petersburg, Russia. Junior Bachchan is a well-known football enthusiast and even owns a club in an Indian League. However, it seems that senior Bachchan has joined his son’s interests. 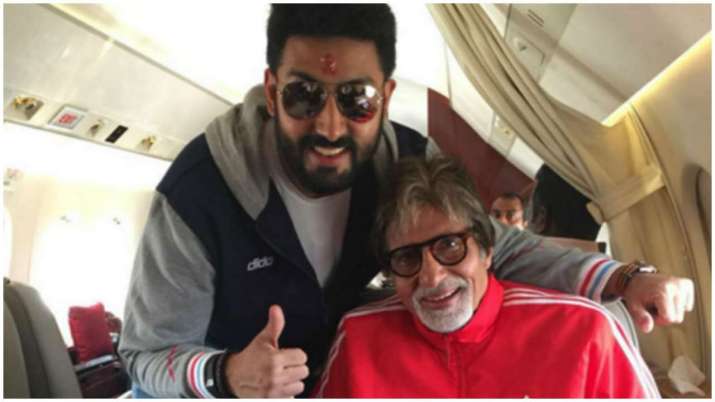 Taking to his social media handle, the ‘Housefull 3’ star posted a snap of himself and his father holding the tickets for the semi-final clash between France and Belgium at the Saint Petersburg Stadium.

In the post, Junior Bachchan also congratulated France for entering the finals of the prestigious tournament following their 1-0 win over Belgium.

Earlier, Abhishek shared a snap of the tickets on his Instagram story and captioning it as “Let’s go”. 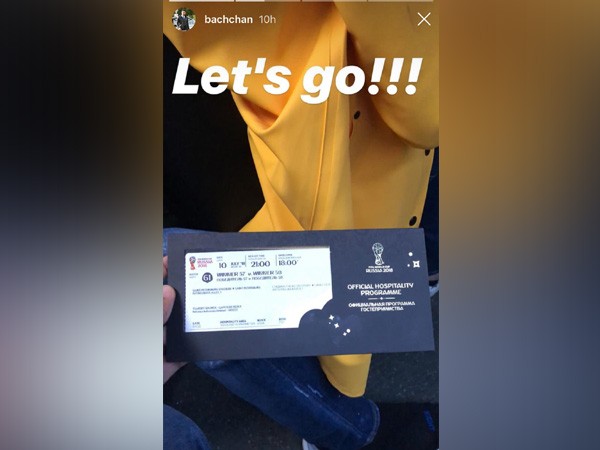 Meanwhile, Big B shared a couple of pictures from his trip. Posting a candid picture of children- Shweta Bachchan, Abhishek Bachchan and grandchildren- Navya Naveli Nanda and Agastya, he wrote, ”the family that Mobiles together, stays together.” In the picture, all of them can be seen engrossed in their mobile phones except Navya. She can be seen reading a book.

Amitabh Bachchan shared another picture of his grandchildren. In the photo, Navya and Agastya can be seen striking a pose for their doting grandfather. In the caption, Big B mentioned how amazed he is to see them all grown up. He wrote, ”and then the grandchildren.. they be the best .. when did they grow up – Navya Naveli & Agastya’‘

On the work front, Amitabh Bachchan will be seen next in Thugs of Hindostan. Abhishek Bachchan is occupied with the work of Anurag Kashyap’s Manmarziyaan.

Sarfraz in an oasis of calm amid World Cup chatter

Betting patterns in Karnataka Premier League cause concern for bookmakers